I've seen several aircraft-topics so far. But as far as I remember I haven't seen a photo topic on
the mighty GRUMMAN F-14 TOMCAT the most beautiful aircraft ever build.

I was asked by a moderator of a Tomcat forum to post some shots there, so I digitalized some old
slides and processed a lot of digital shots taken during a visit to the USA in 2005.

I will first post some old shots...then some new shots...and then it's up to you guys!!!
Show them!!!

My pics will soon be seen on this site together with the rest of the trip to the states, visits at Patuxent River, Oceana, Norfolk and Davison AAF.
Regards, Rene Sleegers
Scramble European editor BUL CZ HUN POL ROM SLO
Top

And three from inside the fence...

I agree Rob, most beautiful fighter ever build. But hey, we agree on that ever since we were neighbours back in the 70's and 80's. I only have 2 to share so far:

A couple from my side, enjoy them:

a real nice plane it is indeed... ( pic's also in other topics )

DJMikey wrote:I agree Rob, most beautiful fighter ever build. But hey, we agree on that ever since we were neighbours back in the 70's and 80's.

Yes Mike, you are completely right there....
Lovely shots guys... 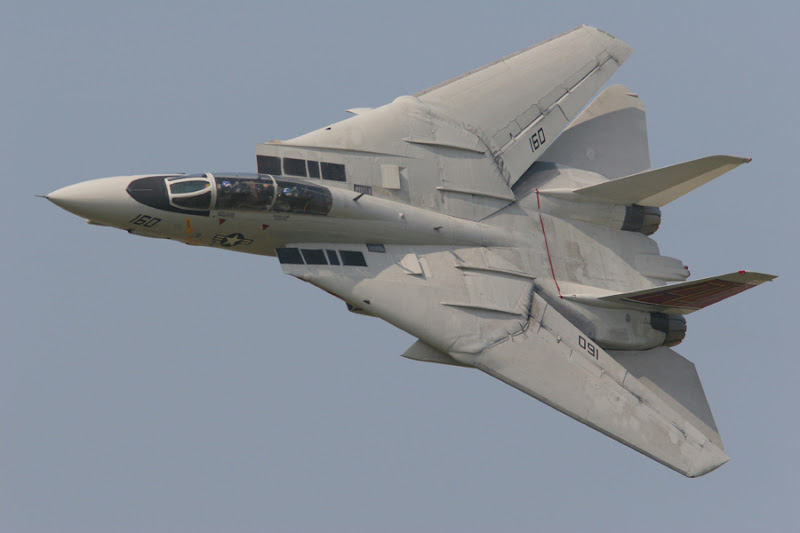 No tomcat topic is complete without a carrier, I've never been on a moving one so this is the best I can do

Nice, to bad I never saw this great fighter

Great excuse to go through some old slides! Nice ones in this thread, I like Mickey's high speed pass! 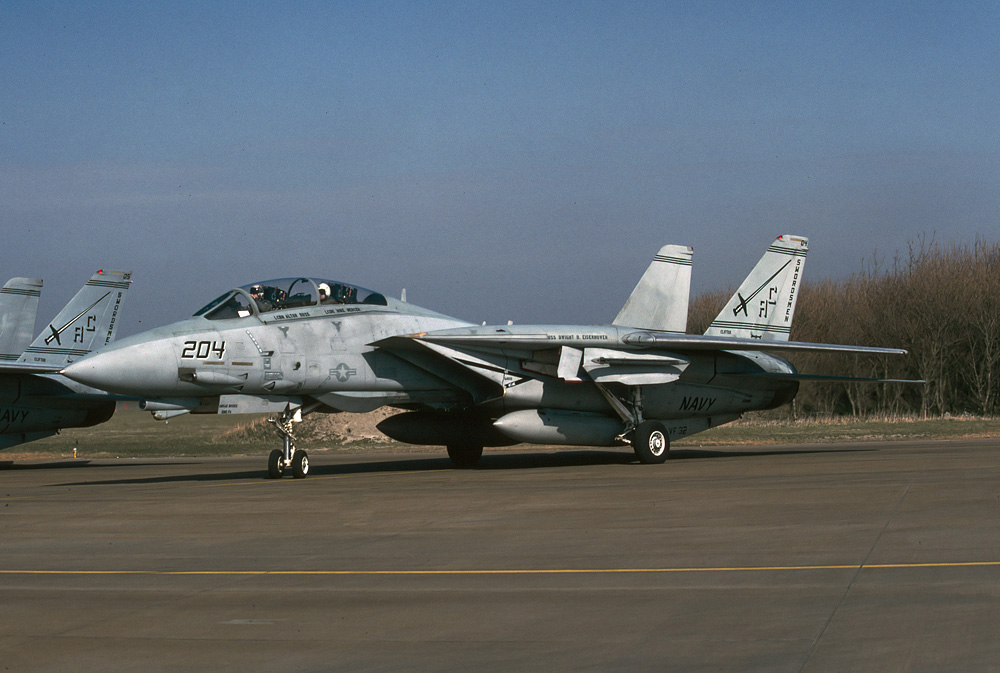 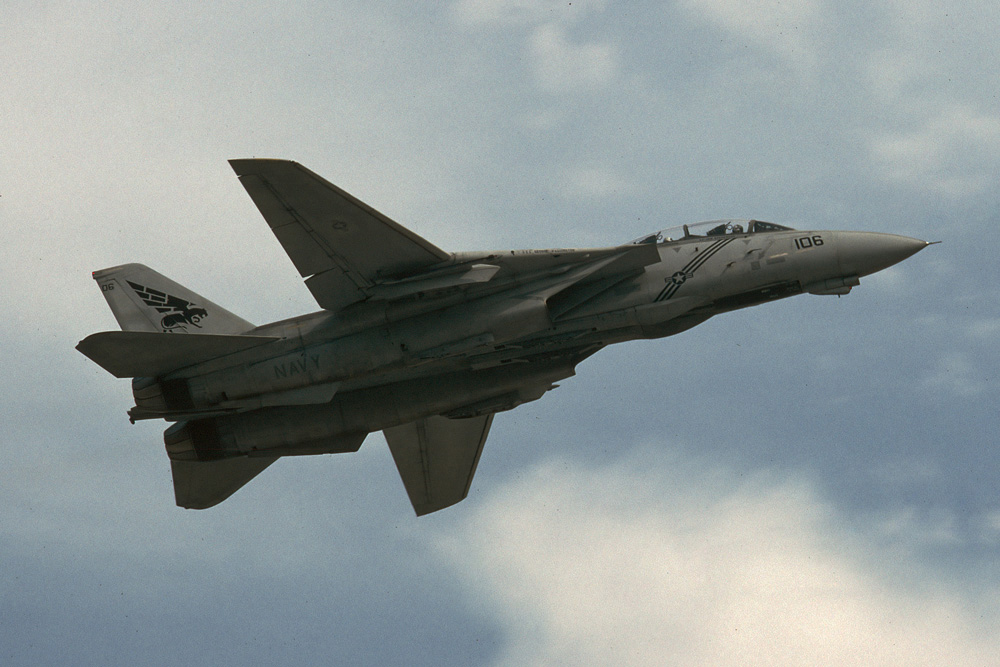 Best I can do as a contribution is the F-14D I shot at the National Air & Space Museum at Dulles (which has been posted on this board before):

Rule #23: Never mess with a Marine's coffee if you want to live.
Top