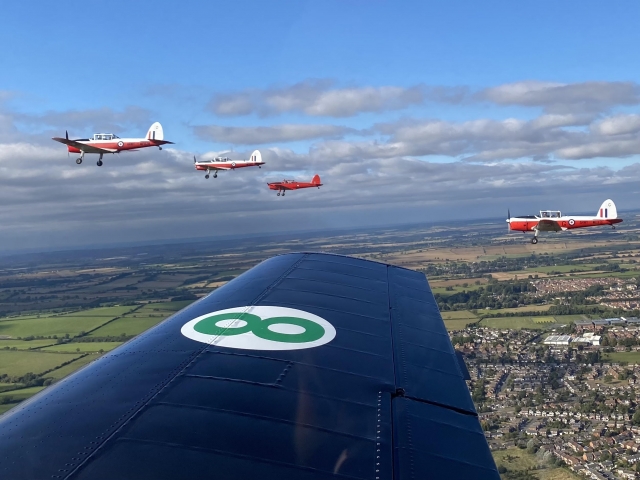 The first flight of the DeHavilland Canada DHC-1 Chipmunk on 22 May 1946 is an event that Chipmunk owners want to cherish.

Following the celebration on 22 May 2021 of the 75th anniversary of the prototype’s first flight (on which Scramble Magazine reported on 24 May 2021) another event was organised this year.

On 24 September 2021, no less than 21 Chipmunks performed a large 75 in the air to celebrate the 75th anniversary of the first flight of prototype CF-DIO-X. The gathering and flypast was organised at Leicester airport (UK).

The DHC-1 Chipmunk is a tandem, two-seat, single-engined primary trainer aircraft designed and developed by Canadian aircraft manufacturer deHavilland Canada. The prototype of the Chipmunk (CF-DIO-X) made its first flight, flown by test pilot Pat Fillingham, on 22 May 1946.

During the 1940s and 1950s deHavilland Canada produced a total of 217 Chipmunks at its factory in Downsview, Toronto (Ont.) In addition, a total of 1,000 Chipmunks were produced under licence in the United Kingdom by British aircraft manufacturer de Havilland at Hatfield Aerodrome, Hertfordshire. The production was later transferred to another of its plants, located at Hawarden Aerodrome, Broughton near Chester. 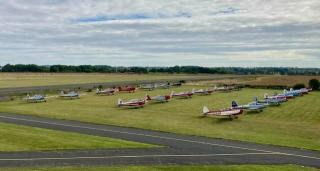 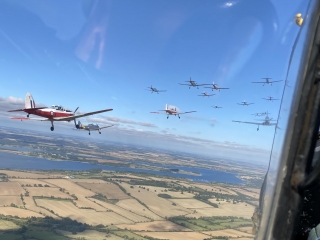 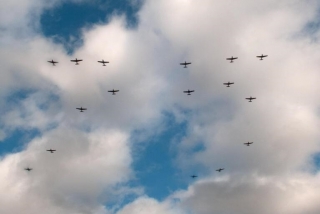