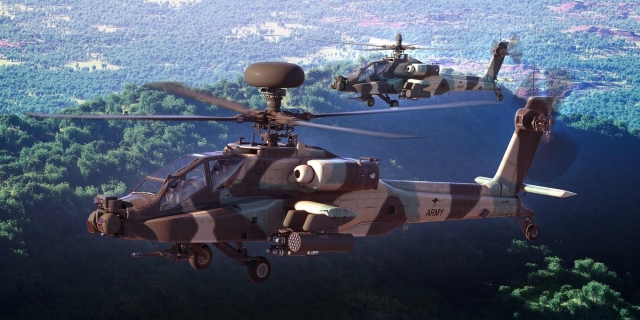 On 3 June 2021, the US State Department made a determination approving a possible Foreign Military Sale (FMS) to the Government of Australia of 29 AH-64E Apache Guardian attack helicopters and related equipment for an estimated cost of USD 3,5 billion. The Defense Security Cooperation Agency (DSCA) delivered the required certification notifying Congress of this possible sale.

As reported by Scramble Magazine on 15 January 2021, the AH-64E is the winner of the LAND 4503 project. This project is aimed at replacing the Tiger Armed Reconnaissance Helicopter (ARH) which is currently in service with the Australian Army.

In the Australian 2016 Defence White Paper it was decided that the Tigers would be replaced in the 2021-2030 timeframe. Five AH-64Es will be used for training, most probably with the School of Army Aviation (SOAA) at Oakey (Qld.). The other 24 helicopters will form a Regiment at an unknown primary location. The current 22 Tiger ARHs are operated by the SOAA (four helicopters) and the 1st Aviation Regiment (eighteen helicopters) at Robertson Barracks/Darwin (N.T.). One mock-up Tiger (serial A38-023) is used as an instructional airframe at Oakey and one plastic airframe (A38-002/02) is used at Nowra - HMAS Albatross (NSW).

When an Aussie contract will be signed, deliveries of the Apache Guardians will start in 2025.