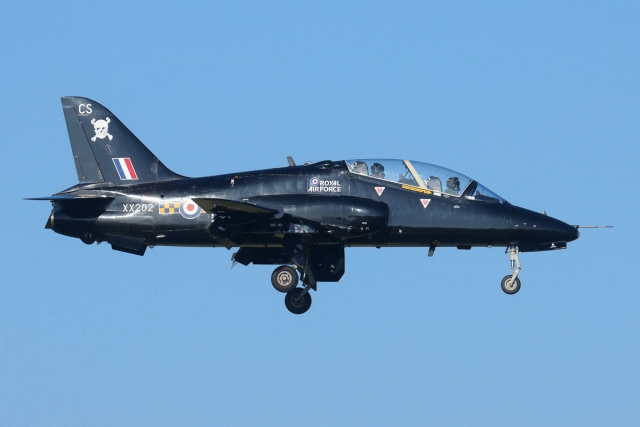 All Royal Air Force (RAF) Hawk T1 fast jet trainer aircraft, excluding the ones used by the Red Arrow demonstration team, will be out of service by 31 March 2022, the UK Ministry of Defence (MoD) has revealed. The Red Arrows will continue to fly the T1 until 2030, as planned.

In the Scramble Magazine news item on UK's Defence Review from 23 March 2021, the plan was to retire the Hawk T1 from operational duty in 2025. This has now been brought forward.

Based at RAF Leeming only at this moment, the BAe Hawk T1 has been serving as the RAF's advanced trainer since 1979. It is being replaced by the Hawk Mk128, named Hawk T2, which features avionics that enable simulations of many of the functions of a modern fighter, combined with an extensive mission debrief system.

“The T1 retirement reflects a transition to increased use of synthetic training as outlined in the integrated review. The savings made will be reinvested by defence to enable the delivery of new capabilities,” a MoD spokesperson was reported as saying. The UK defence ministry personnel currently operating the aircraft will be assigned to other roles while the scale of Hawk fleet support would be resized in cooperation with industrial partners.

The Hawk T1 is used primarily in the aggressor role by 100 Squadron, who provide opposition forces for front-line training in addition to close air support (CAS) simulation to land units for currency training. The Hawk T1 also has two underwing pylons cleared to carry AIM-9L Sidewinder air-to-air missiles or a telemetry pod for recording missions to enable post-flight debriefing. In the CAS training role it can carry up to eight 3 kg practice bombs.